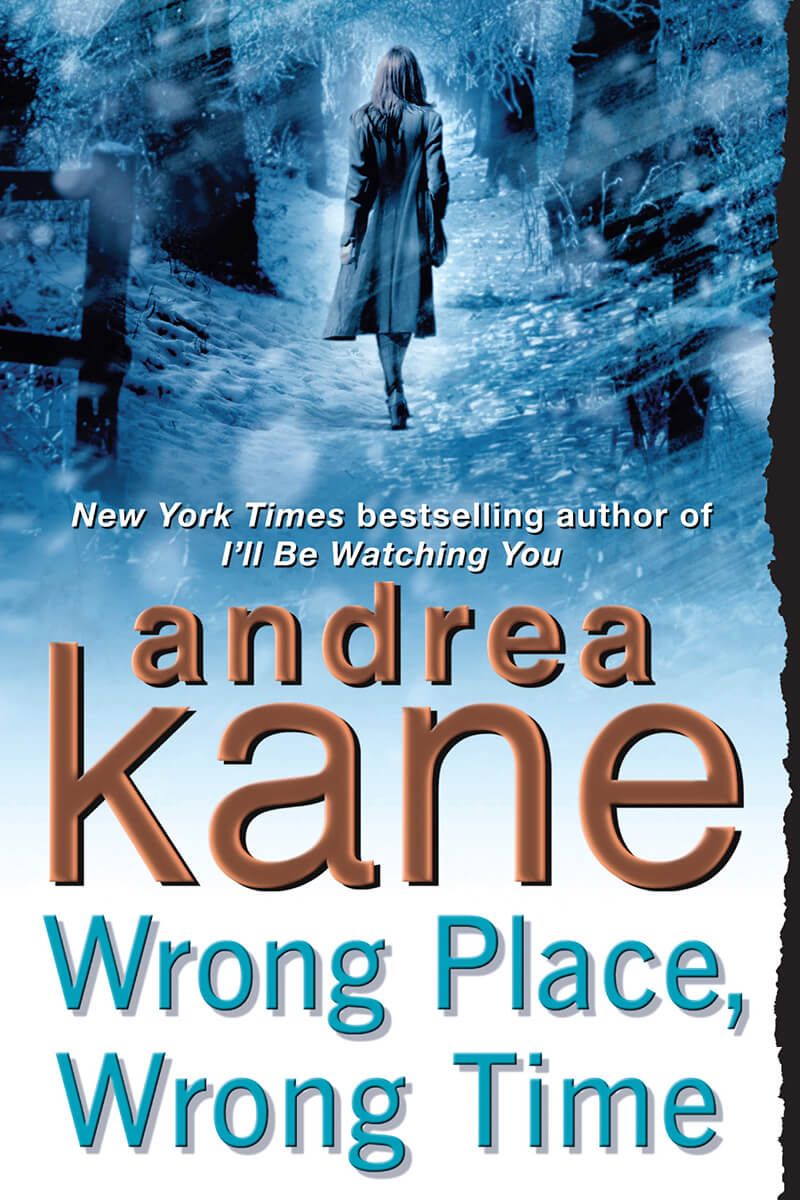 Sometimes bad things happen to good people? especially when they?re in the wrong place at the wrong time.

What begins as a romantic weekend in a cozy cabin turns into a deadly nightmare when Sally Montgomery?s companion Frederick Pierson is murdered. But instead of regarding Sally as a missing victim, the police are after her as their prime suspect.

To evade the authorities and a brutal killer, Sally takes to the woods, relying on her wits and basic survival skills to stay alive. Desperate, she calls Pete Montgomery, her ex-husband and former NYPD detective turned private investigator for help. With Sally?s life on the line, Monty recruits their daughter Devon to work the case with him.

Devon has her father?s cop instincts. As she probes deeper into her mother?s disappearance, the investigation brings her closer to uncovering a dangerous Pierson family secret? one that could destroy a family empire and its heir apparent, Blake Pierson. Though powerfully attracted to Blake, Devon isn?t sure if he?s friend or foe. She does know he?ll do anything to protect his family. With Devon?s heart and Olympic gold at stake, how far will his family loyalty extend?

Time is running out. Danger is closing in. Can Devon prove Sally?s innocence before she becomes the killer?s next victim?

The skies were that harsh shade of grey that signified winter in upstate New York.

Sally Montgomery's second-hand Chevy truck jostled along the narrow, snow-covered excuse of a road that led from her house to the sprawling horse farm a mile down the way. She would have hiked it -- she usually did -- even at this ungodly hour of six thirty A.M. Everyone at her nursery school thought she was crazy. A fifty-two-year-old woman, choosing to trek two miles round-trip by foot, and before sunrise, no less?

But, hey, she was in great shape, she loved the outdoors and, the truth was, the hike cleared her head, made her feel alive.

Except on days like today. Even Sally drew the line here. It was frigid outside, January making its presence known full-force. Sub-zero temperatures, high winds, and not a hint of sunlight. Plus, it had snowed again last night, just a couple of inches, but enough to make the as-the-crow-flies path she normally walked a disaster.

Hiking would be hazardous at worst and miserable at best.

So, it was four-wheel drive time.

With a twist of the steering wheel, she turned left and drove through the gates that marked the private entrance to the Pierson farm. Rows of pine trees lined the way, and Sally's headlights caught the reflection of glistening icicles dangling from them, as well as the sparkle of fresh-fallen snow on the five hundred acres of land. The view was spectacular.

The house and its surrounding structures were even more so.

"House" was a misnomer, she thought as she drove past the snow-covered fenced in paddocks, and toward the buildings that defined the Millbrook estate. First, came the seven-thousand square foot cedar-sided house. Then, came the outbuildings -- multi-stalled barn, feed and tack rooms, heated wash stalls, not to mention a massive indoor jumping arena, and two smaller indoor arenas. The estate was magnificent -- the largest, most elaborately-designed warmblood farm in Dutchess County, with a lighted outdoor ring, exercise track and jumping arena, and grounds that included a pond and gazebo worthy of a Currier and Ives holiday card.

Sally's breath never ceased to catch when she saw the place.

But that wasn't why she loved coming here.

She loved coming here for the horses. Edward Pierson might have made his millions in the restaurant business, but his passion was right here. For years, he'd sponsored winning show horses. Now, at almost eighty years old, he not only showed but owned and bred some of the most successful and exquisite warmbloods in the country. They were extraordinary, with more ribbons than Sally could count, and personalities as individual and unique as their beauty and skill. She treasured her time with them -- all of them, not just the three she was paid to exercise. True, she needed the extra money she earned coming over here each morning, pitching in alongside the Pierson grooms. But the truth was, she would have done it for free.

Her tires crunched in the snow as she pulled her truck up to the barn and came to a stop. She was early. Frederick wouldn't be arriving for another half hour. That worked out fine. It would give her a chance to check on Sunrise, see how her leg was faring. She'd been favoring it the other day. Hopefully by now it was on the mend.

Climbing out of her truck, Sally tromped her way to the wooden doors.

God, it was cold. Elbowing her way inside, she rubbed her gloved hands together for warmth. She could hear the horses whinnying softly and moving around in their stalls.

She went down to the mare's stall, stroking her neck in greeting. Sunrise was a graceful chestnut mare with regal white markings and dark, expressive eyes. Warm and affectionate by nature, she responded to Sally's caress with a flick of her tail and a welcoming nuzzle, although Sally noted that her stance was still a bit stiff. Frowning, she glanced down. Yes. That right front leg was definitely bothering her.

No sooner had Sally squatted down to take a look, when voices from the back of the barn reached her ears. Male voices.

". . . not just a screw-up. A criminal offense. A bomb set to blow up in all our faces." It was Frederick, Edward's Pierson's eldest son and Sally morning riding partner. Evidently, he was here. And he sounded furious. "To hell with loyalty. He's out."

"That's my call. Not yours." The icy reply came from a voice Sally recognized as belonging to the family patriarch himself. After seventy-nine turbulent years and a recent heart attack, Edward Pierson was no less formidable than he'd been in his prime. "Stay out of this, Frederick. I'll deal with it."

"How? By paying off the right people to make it go away? That won't work. Not this time. Dammit, Father, get your head out of the sand. He's a loose cannon. He's set to go off. And when he does, it's our company, our lives that'll be blasted to bits."

"Stop being so melodramatic. I know what I'm doing."

"Great. Then clue me in. About your plans for him, and that research consultant you're pouring our money into. The whole enchilada. I've got a right to know. I'm Pierson & Company's CEO."

"And I'm its Chairman," Edward shot back. "Until the day I die. Which means you answer to me. Not the other way around."

"How could I forget? You remind me daily. Now, let me remind you that I've busted for ass for thirty years to get us where we are."

"Yes, but it was my ass that launched this company fifty years ago. You were still flipping baseball cards."

"Well, now I'm earning record profits. I can't do that if I'm being undermined. You obviously have an agenda. What is it?"

"You know all you need to."

A sharp sucked-in breath. "In other words, butt out, and the son of a bitch stays at Pierson."

"No, not right. This discussion is far from over." Frederick's tone was so tightly wound it sounded as if it might snap. "Let's cut this short. Sally will be here any minute. We're going riding. After that, I'm leaving for the office. I've got a ten thirty meeting. You and I will resume this later."

That was the last thing Sally wanted to hear.

Having long since realized this conversation was not one she should be privy to, she was about to duck out of Sunrise's stall and slip away without being noticed.

That wasn't meant to be.